On the Tension Between Hope and Despair

I feel I’m walking a knife-edge between hope and despair. The news is not helping. 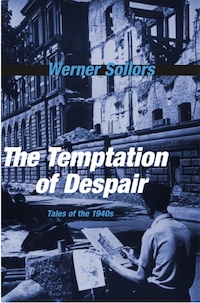 Among war in Ukraine, a continuing pandemic fraught with vaccine refusniks, and the political pandemic of right-wing fascism, despair is a temptation. [1] Although we’ve tried here, in this crummy little blog that nobody reads (CLBTNR), to find reasons for hope, experience underscores that this is a difficult enterprise requiring persistent efforts.

And so it is today.

The Continuing Necessity of Vaccination

We have vaccines. They work. Boosters are available. They work even better. 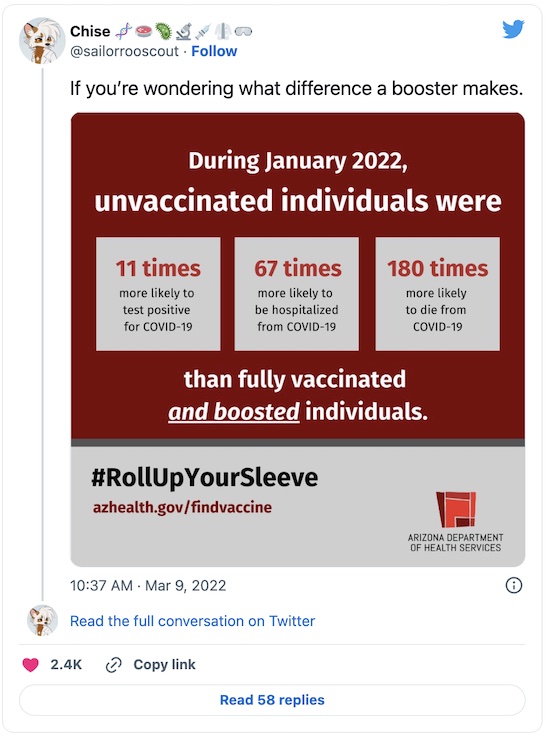 Why do we continue to doubt this? I came across this report from the Arizona Department of Health Services, documenting dramatic reductions in infection, hospitalization, and death comparing unvaccinated vs vaccinated & boosted people. The data comes directly from Arizona state data reported in January 2022. [2] Wouldn’t you rather be in the latter group? Especially since it’s easy, free, and safe? 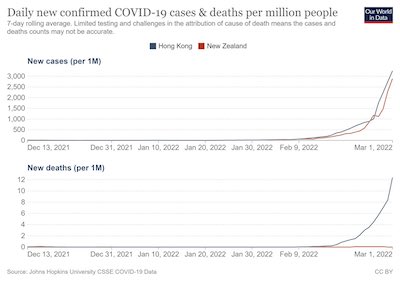 All else being equal, wouldn’t you prefer to follow the policy that led to a lower death rate? What sort of monster would prefer a generally higher death rate for any politcal reason whatsoever?

No, It’s Not Over

Look, I get it: we all want this to be over.

But what we want does not matter. Only the facts about the virus, our vaccination levels, and our behavior matter. Everything else is wishful thinking leading to unnecessary deaths. Don’t wish for needless deaths, ok? 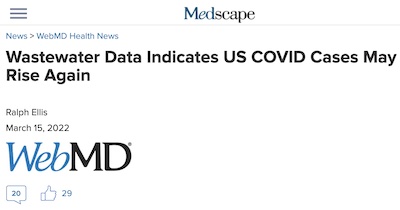 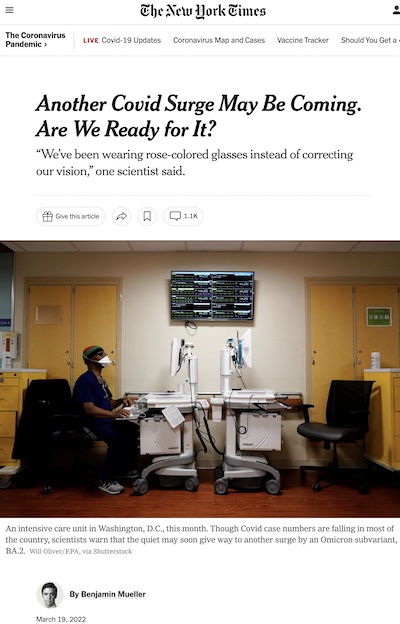 Consider the use of wastewater metagenomics, i.e., sequencing for viral RNA in sewage, which we’ve used a couple times even here in this CLBTNR (here, here, here, and here). We are far from the only ones to realize that’s likely useful; last week came an article in Medscape foretelling another wave based on wastewater virus levels [3]:

The New York Times points out something similar, emphasizing our refusal to prepare in spite of the warning data. [4] We’ve all been relaxing COVID-19 safety measures, lulling the public into a (likely false) sense that it’s over.

Most importantly, Republicans have cut funding for the federal government to purchase antivirals like paxlovid or monoclonal antiboy infusions. We’ve gutted our ability to test, and we were never much on reporting test results anyway.

But the federal government is warning that pandemic funds are drying up. Senate Republicans have said that they will not approve $15 billion in new coronavirus aid without offsetting it by cutting spending elsewhere. House Democrats have balked at a proposal to repurpose money intended for state governments to spend on their pandemic responses.

With the aid package stymied for now, federal officials said that they would need to start cutting shipments of monoclonal antibody treatments to states next week by more than 30 percent. The government has secured 20 million antiviral pills, but orders for more are on hold. And by June, officials said, the federal government’s efforts to ensure that companies keep producing enough tests will run out of money, imperiling capacity for later this year.

So basically, we’re flying blind into storm clouds, hoping for the best. This is… inadvisable.

We can even see it coming in the waves of Omicron/BA.2 in Europe, let alone our own wastewater numbers. More precisely, we can look, but we refuse to see an oncoming wave that’s 30% - 50% more infectious than Omicron, which was a monster in itself.

The wave should hit sometime between April and early summer.

For now, we have hospital capacity in most places. Ask again in April to summer, and we’ll see how that lasts.

Fortunately, it looks like the evidence for a 4th mRNA vaccine dose (2nd booster) points toward pretty good efficacy (q.v., to be blogged here soonish, where nobody will read about it). If a second booster is authorized, you can bet that here at Chez Weekend we’ll be fighting to be at the head of the line. 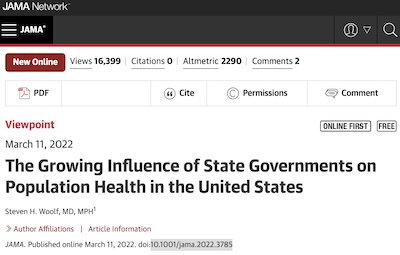 Since the exit of The Former Guy and the blessed loss of Republican control of Congress, the Biden administration and the Congress have at least tried to do the right thing. But with a razor-thin Senate margin, Manchin & Sinema have been able to gum up the works for silly reasons of their own.

This has left lots of freedom for local governments to operate, with deeply unfortunate consequences for public health as documented last week in JAMA. [5]

The US has had lower life expectancy and higher disease rates than other nations for decades, despite conservative delusions that we have the best of everything. Now it’s not only getting worse on average, but it’s getting much worse in the red conservative states. The trend toward shorter, more brutal lives in the red states is statistically significant and not explained by racial differences because it holds within racial groups between different states as well.

It is explained by refusal to expand Medicaid under Obamacare, refusal to tolerate any form of gun control, refusal to implement even basic workplace safety, refusal to even obey environmental law, and so on. They won’t even do basic nutritional labelling on food.

COVID-19 has made this even more blatantly obvious. Consider the figure from JAMA shown here, exhibiting the weekly excess per capita death rates in 3 red states (Florida, Georgia, and Texas) vs 3 blue states (California, New Jersey, and New York). It is blatantly obvious that it is simply less safe to live in the red states. The article goes on to point out controls showing this is not due to racial or demographic factors, but due to bad policy factors in the red states.

Florida had triple the excess deaths vs New York, even though both states have similar populations. Why is triple the death rate even vaguely acceptable? Why is DeSantis not impeached over this? If you want to know why we blue staters keep calling the Republicans a “death cult”, remember this evidence.

Of course, with Republicans speaking lovingly of Putin and Russia, it’s fitting to mention that a truly efficient right-wing police force looks something like this: 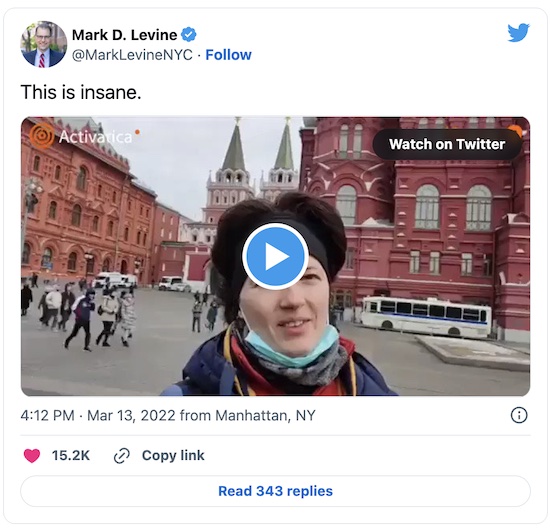 (The first woman held up a sign which said in Russian: “two words”. Nothing more. Apparently that’s current Russian street slang for “no war”, and it got her arrested that fast.)

These days, that’s what Republicans look like to the rest of us.

Some Few Reasons to Hope

In the The Lancet comes a report about the Center for Epidemic Preparedness and its effort to bring vaccine development times down to 100 days! [6]

Think about that: it used to be it took a decade; then with the mRNA vaccines we went from knowledge of the viral sequence to a vaccine candidate 2 weeks later and a successful clinical trial 6 months later! Going from 10 years to 0.5 years is a 20-fold improvement, and we should all be grateful that this capacity was unleashed at precisely the correct moment to save much of humanity in the COVID-19 pandemic.

However, we’ve been struggling a bit with getting variant vaccines as fast as the virus can mutate. If we’d had 100-day vaccine capability, vaccines would have been available in 2020-April, rather than late 2020 or early 2021. Think of the difference that could have made!

CEPI has raised $1.5 billion (yes, with a “b”) for this effort. This is worthy of applause.

Or problems are largely not technical or medical. They are problems of equity (supply chains, availability for the poor, availability world-wide, eliminating strutural racism that blocks access, …) and combating disinformation that leads to vaccine hesitancy and superstitious defiance. I’d really like to see some work on where all the vaccine disinformation came from. (Is it grass-roots, or deliberately inflicted by a few bad actors? Anything we can do about them, now or in the future?)

Finally, let’s marinate in a few words of encouragement from the (Internet-)famous VlogBrothers, Hank Green and John Green. Yes, they’re “internet influencers”, but I think I’ve largely overcome my aversion to that (and forgiven them for it), because they are relentlessly focused on making sense while making the world better (“reducing world suck”, in their terms).

Hank Green on “When You Can’t Fix Everything…”:

Hank Green “Is it all hopeless?”:

Let’s finish with a few more theological thoughts from the quotes page of this CLBTNB.

The first is a brilliant misquote of the Talmud, somewhat mangling the sources but with such a brilliant result I cannot but think the authors would agree:

“Do not be daunted by the enormity of the world’s grief. Do justly, now. Love mercy, now. Walk humbly, now. You are not obligated to complete the work, but neither are you free to abandon it.”

— Rabbi Tarfon, Pirkei Avot 2:16, Talmud (This popularized version rather mangles the original; it appears to be from a mix of sources including the book of Micah 6:8, the Pirkei Avot 2:16, and a modern day translation by Rami Shapiro of Pirke Avot.)

Yeah, maybe we can’t fix everything. But maybe we can fix just the one thing that’s in front of each of us, now.

And while we can’t perhaps see the end of our work, and we can’t quite make sense of it right now, and we can’t do it without each other… we can still make progress. This sentiment was expressed by the theologian Reihhold Niebuhr, who first made words like “faith”, “hope”, and “charity” make sense to me:

“Nothing worth doing is completed in our lifetime;
therefore, we are saved by hope.

Nothing true or beautiful or good makes complete sense in any immediate context of history;
therefore, we are saved by faith.

Nothing we do, however virtuous, can be accomplished alone;
therefore, we are saved by love.”

We got work to do.