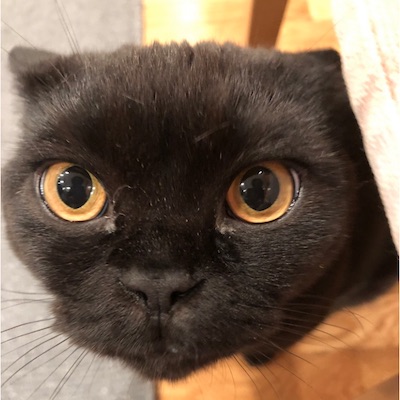 Your humble Weekend Editor is a now-retired scientist, having (barely) survived a career in theoretical physics, then artificial intelligence & machine learning, and finally the application of all of those to cancer drug discovery research. He is now gamely attempting to navigate the maddening morass of the US health insurance system on his own behalf via Medicare and on behalf of his partner, the Weekend Editrix. (Also veterinary care on behalf of his cat, the Weekend Publisher. Because editors report to publishers.)

Also your humble Weekend Editor is attempting weak anonymity here, just to deter annoyances. He hasn’t done all the work to keep it anonymous, just maybe 1/8th of it. So… it’s hemi-semi-demi-anonymous. Basically, if you happen to know the Weekend Editor in RL, please avoid mentioning personal info in the comments, ok?

Here he writes mostly about stuff people ask him. People ask about the damndest things! Also, sometimes a subject is of interest in its own right, so no need to wait to be asked.

… all kinds of things, most of which you probably don’t care about. So read selectively, and most of all critically. He is an expert in some of those areas, but certainly by no means all! Critical peer review has been something for whose value he has painfully & loudly advocated in the past anyway… so a little polite payback is totally fair.

More or less weekly, as the name sort of indicates. More frequently when there’s interesting stuff to say, less so other times. You can totally look at it once a weekend, and you won’t miss anything. Not that anything important will happen here in the first place.

Or you could try an RSS reader (like, say, TheOldReader). There’s an RSS feed link at the top of every page. Is your Weekend Editor the only one left who uses that sort of thing? Must be some old guy who still reads a lot of blogs.

Umm… here, I guess? (See above re “people ask the damndest things”…)

Why not? Blogs are passé now! Everybody says that, so it must be true (… which is a very good example of reasoning bad enough to pose an actual cognitive hazard). Your humble Weekend Editor never does anything fashionable. It’s almost a matter of principle.

Um… try the email link at the top of every page, maybe? Also, the comment feature on posts seems to be working, albeit clunkily (e.g., if you disable Javascript it will “work” but display some useless JSON when it’s done, requiring use of the BACK button).