Right-wing strategy: when reality has a well-known liberal bias… you can use legal gag orders to force your delusions upon people.

Ivermectin and hydroxychloroquine as treatments for COVID-19 constitute one of those idées fixe that the Trumpy conservatives simply will not let go. It’s in fact what Nobel laureate Paul Krugman calls a ‘zombie idea’: so thoroughly debunked that it’s thoroughly dead, “demonstrably false”, but somehow stupidly shambles along eating people’s brains anyway. [1] We’ve even debunked it here on this Crummy Little Blog That Nobody Reads (CLBTNR): here, here, and here. 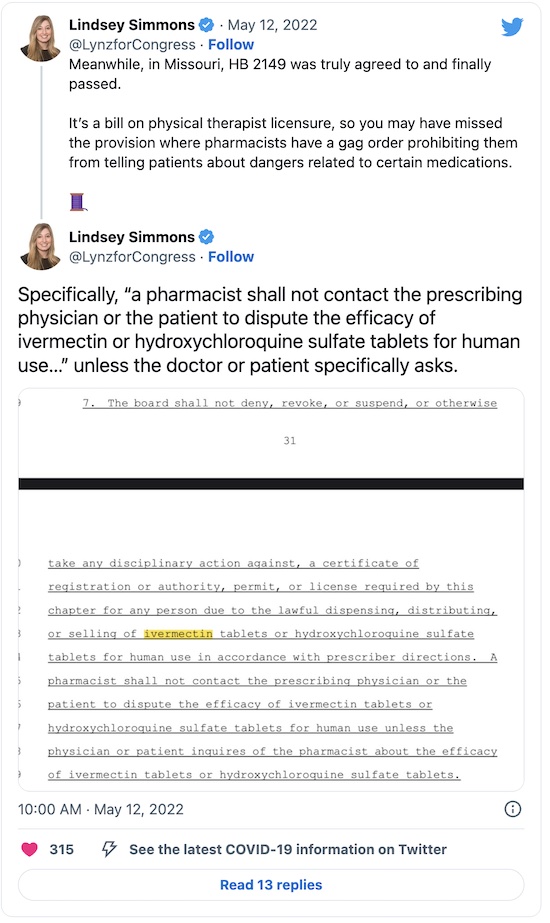 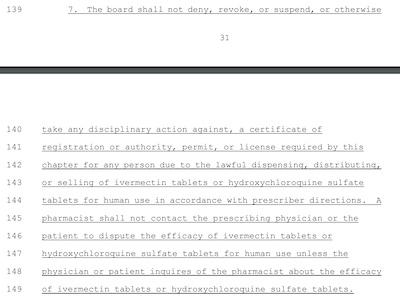 She’s referring to bill HB 2149 [2] whose text, upon checking, says exactly that:

The motto of the state of Missouri is:

(Let the welfare of the people be the supreme law)

But now, apparently Missouri Republicans want the supreme law to be deference to fascist medical fables, and the lives of mere people be damned.

1: P Constant, “Renowned economist Paul Krugman identifies 2 ‘zombie ideas’ that are persisting during the pandemic, and it’s our job to stop the spread of misinformation”, Business Insider, 2020-Apr-03. ↩