Today I got shot

Today I got shot. No, not the bad way (though gun control is a legitimate issue in the US). I mean, with the first dose of the Pfizer/BioNTech COVID-19 vaccine. Getting the appointment (and the 2nd dose) was Kafkaesque. The actual medical experience was pretty ok. 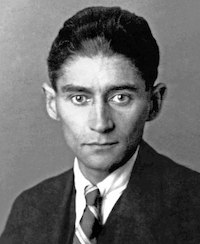 Ok, this part was a Kafkaesque nightmare.

Earlier, when we were vaccinating people aged ≥ 75yr, there were so many applications the web site crashed. So… brilliant move: they implemented a “waiting room” where you had to wait until the web site load went down. Sometimes the estimated wait time was 10s of thousands of minutes. And in every single case where it happened to me, by the time I got out of Waiting Room Hell, all the appointments were taken.

It got worse: you couldn’t register in a central place with your identifying info, insurance, and so on to propagate that to all the vaccine sites. Oh, no. Each vaccine site had incompatible information requirements. So you had to say, “Oh, I see these guys have some appointments” and then go to their web site to try to get one. In every single case (except the final success) where it happened to me, by the time I’d filled out their forms all the appointments were taken. Again.

Finally, I gave up on the batch of 50,000 appointments that dropped in the morning. That was publicly announced, and too many people were engaged in the gladiatorial combat to try to secure one. Then, weirdly, a bunch of appointments were added in the evening, completely unannounced. That’s the only reason I was able to get one, the first week they were available for my age group. 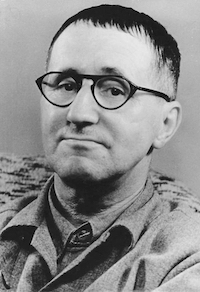 Just as maddening was the insistence by the political overlords that all was well, the web site registration worked great, it was so simple anybody could operate it, and it was smooth as silk. Reports from people attempting to use it were that it was absolutely maddening. Obviously, the politicians had never tried it for themselves.

Don’t they realize that “Kafkaesque” is a warning, not a blueprint? (Or, if you insist on dodgy German absurdism, at least pick Berthold Brecht instead.)

The vaccine experience itself 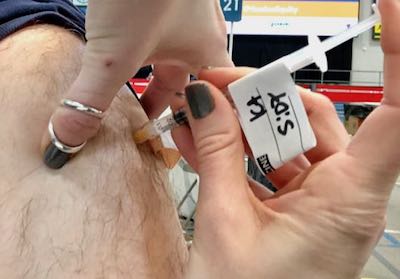 Unlike substantially every other encounter with the dreadful American healthcare system I’ve had, nothing seemed to go wrong. This was at a massive vaccination facility, and they’d had a few thousand chances to iron out the kinks before they got to me. (Though, now that I think about it, the same could be said of the miserable booking web site.)

A couple subway rides, then into a large building. They checked my appointment email, the clearance from a short health screen, gave me a fresh face mask, and the waved me into line. The socially distanced waiting line took about 10 minutes, and then suddenly I was sitting next to a quite pleasant nurse. (Given the number of rings in evidence, only a few of which are visible in the picture, I’m having fun imagining her as a fan of Wagnerian opera. Though whether on the side of Alberich or Wotan, is unclear. Perhaps she was on the side of the Rhine maidens?)

She told me about the side effects: “Tomorrow, you’re gonna feel like I punched you there.” That’s fine, it’s just a reaction at the injection site. Unfortunately, it appears that pain at the injection site (at least with classical vaccines using adjuvants) doesn’t correlate well with the desired immune response. [2] Ah, well.

It’s the headache, muscle aches, and mild fever that I’m looking forward to tomorrow! No, really: looking forward, because those are the immune system gearing up as it recognizes that SARS-CoV2 spike protein and decides Nothing Good Will Come of This. It’s supposed to be even stronger at the second dose. My main worry is that my aging immune system won’t mount a strong response, and hence any immunity granted by the vaccine will be illusory. Another older family member has already had that experience, and I thought maybe he should get an antibody test to see if there really was a response.

Booking the 2nd appointment for the booster

Then, time to book the 2nd dose appointment: back to the Kafkaesque nightmare!

They claimed, numerous times, that once you had the first dose they reserved an appointment for you 21 days later to get the second. “We won’t make you go through all the problems of booking again”, were the exact words.

What are the chances?

So, fuming, I got on the subway to go home. Out of stubborn frustration, I obsessively refreshed the web site for 2nd doses on the train. Then… while in the middle of a dark tunnel, an appointment opened up! I clicked on it frantically, and started the frenzied entry of personal info again, all while on a shaking & noisy train in the dark. I almost lost it when it asked again for my insurance info including id numbers, for a vaccine that does not incur a charge.

When we got to my transfer stop, I stumbled out of the train, holding phone, insurance cards, shoulder bag, coat, and collapsed onto a bench. I had to fill the forms out fast, before the slot could disappear.

And… much to my surprise, it worked. I had apparently been fast enough to snipe at a quickly disappearing appointment to get it. I was immensely relieved to get the appointment confirmation email; I just sat there on the bench in the subway station, breathing hard.

Finally I was able to gather up coat, shoulder bag, insurance cards, wallet, and phone to get everything in place for the rest of the ride home. The Weekend Editrix picked me up at the final station and innocently asked, “So how did it go?”

That’s about like people who ask Arlo Guthrie about the story of Alice’s Restaurant without understanding it’s a 20 minute song.

But… success so far.

Tune in tomorrow to find out what the aftermath is like, and whether the vaccine provokes enough immune response so that it hurts a bit. I hope it hurts. This is a “good hurt.”

Still here: very fatigued, slightly achy and minor fever/chills. And… one weird episode of sleepwalking, which I don’t really remember but which worried the Weekend Editrix. Probably not vaccine related, though we’ll see what the doc says in a Monday telemedicine interview.

1: I can’t believe there’s still no official name, just the drug candidate ids from before approval. ↩