It’s fashionable lately to be skeptical about technology. (Of everything, really.) Sometimes we don’t realize how deep are the roots of suspicion of innovation, and (usually) how wrong.

I mean… I get it. People are suspicious of the motives of some fast-talking egghead with a new way of doing things. Especially when you’ve got a perfectly good way of doing those things already.

Often, it feels like the phrase “learning new things” is a dog-whistle for “change to doing it my way, so I can make a profit at the expense of your time.”

I remember in the late 90s when everybody was stressing about Y2K, and how all the computers would melt down when the calendar changed. A lot of the software that needed updating was in COBOL, a very old-fashioned language once in vogue for business aplications but seldom taught now. But for those couple years, COBOL programmers were in high demand. Upon hearing from a candidate that he didn’t want to learn COBOL, a more than usually clueless HR person replied, “Why, don’t you like learning new things?”

(forehead-smack) No, that’s not learning new things! That’s learning a near-pointless old thing, for the convenience of someone else, and which will be of no lasting benefit to the person who does the work.

A lot of tech changes feel like that. Just recall the last time you were forced into an OS update on your computer, and had to cope with all the pointless little interface changes.

So I get the frustration. What I don’t get is that some changes really matter, and that people often can’t tell the difference (or won’t bother to try).

Just to make the point sharply, let’s consider an historical case: the introduction of the printing press.

Prior to presses, books were rare and expensive: each one was hand-copied, by a professional scribe with excellent handwriting. There were whole monasteries devoted to this: an array of desks, each occupied by a monk with a quill who wrote down what he heard as a senior monk at the front read a book aloud. No wonder there were marginal illustrations from bored monks.

The introduction of the printing press threw all those scribes out of work. Of course they objected! They thought the printing presses were producing trashy stuff (yeah, they kinda were sometimes, but that’s where demand was). They thought the common folk should have no use for books (or education, or hygiene, or…). They complained that printed books “had no soul”, whatever that means. 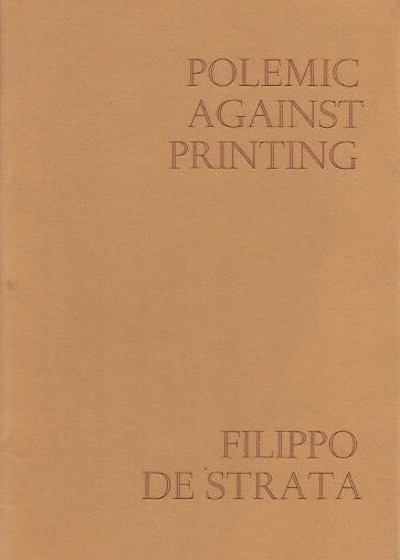 Meet one Filippo de Strata, a Venetian scribe of the late 1400s, variously described as Dominican or Benedictine. His whiny complaint about those degenerate printers has come down to us today, in translation. [1]

You can read more of it at the reference, but here are some of the high points. (NB: Where “writer” is translated, we perhaps would prefer “scribe”, as that was de Strata’s profession.) 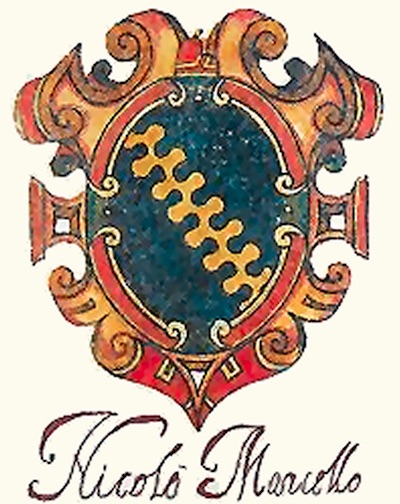 He’s writing in protest to Nicolò Marcello, who was the 69th Doge of Venice from 1473-Aug-13 to 1474-Dec-01. So of course we have to start off by buttering up the person with the power:

May you hold sway for ever, Marcellan house, now seated on the throne, exalted as you deserve. Doge Nicolò, you will prepare celestial realms for yourself, where you may disport yourself joyously.

You have lived a holy life as a private citizen, keeping yourself to yourself; now you will live a just life as Doge, I am sure, living for the people also. You have helped many by distributing largesse within your means; now it will be fiting for you to assist larger numbers from your abundance. In the past you have prayed on your own for the peace of those dear to you; from now even the least of men should pray for you as Doge.

Next the complaint about printing presses. De Strata helpfully informs us that they’re invented by a bunch of icky nerds whom nobody likes, and print nothing but dumb crap that should probably be banned anyway (emphasis added):

I know that you always hate printed books crammed with the foolishness of common folk, and that you follow sound precepts. The things I have described do not apply to you, but to the utterly uncouth types of people who have driven reputable writers from their homes. Among the latter this servant of yours has been driven out, bewailing the damage which results from the printers’ cunning. They shamelessly print, at a negligible price, material which may, alas, inflame impressionable youths, while a true writer dies of hunger. Cure (if you will) the plague which is doing away with the laws of all decency, and curb the printers. They persist in their sick vices, setting Tibullus in type, while a young girl reads Ovid to learn sinfulness. Through printing, tender boys and gentle girls, chaste without foul stain, take in whatever mars purity of mind or body; they encourage wantoness, and swallow up huge gain from it.

He attempts to portray scribes with the moral high ground, and printers as little more than pornographers. When language gets twisted around like this, somebody’s pulling the wool over your eyes.

The bit about Ovid is particularly choice hypocrisy:

De Strata then paints a dark future if those evil printing presses are not stopped:

They basely flood the market with anything suggestive of sexuality, and they print the stuff at such a low price that anyone and everyone procures it for himself in abundance. And so it happens that asses go to school. The printers guzzle wine and, swamped in excess, bray and scoff. The Italian writer lives like a beast in a stall.

[Writing] is a maiden with a pen, a harlot in print.

I like the bit where he can’t decide if he hates them for underpricing his work, or because he gets to accuse them of being sexually suggestive. Make up your mind, dude!

And just in case we missed the point, de Strata hammers it home again, in florid exaggeration:

Should you not call her a harlot who makes us excessively amourous? Governed only by avaricious gain, will not that most base woman deserve the name of prostitute, who saps the strength of the young by fostering wantnoness? This is what the printing presses do: they corrupt susceptible hearts. Yet the (may we say) silly asses do not see this, and brutes rejoice in the fraudulent title of teachers, exalting themselves …

The original is preserved in Venice’s Biblioteca Marciana (Italian Manuscripts, Class I, 72 (5074) folios iv.-2r). This translation from Latin was done by Shelagh Grier in 1986, but not widely published (a Hayloft Press pamphlet in a limited edition of 350).↩

2: And look: if you have to read a 2,000 year old, 3-volume poem, in Latin, to figure out how to get a girlfriend or boyfriend… you’re not doing it right! (I can’t really claim to know what ‘right’ means here, but I know that ain’t it.)

I say this as a former young lonely nerd with low social skills and a penchant for Latin, who tried exactly this. Trust me; didn’t work.

To this day, I’m not sure how my old Latin tutors would have felt about the attempt, had I had the bad grace or ill fortune to have been caught. (At least one of them likely would have laughed, and wished me good luck. He later became a minister, somewhat to my surprise.) ↩