Two parables struck my eye this week: GK Chesterton’s Fence, and Primo Levi’s Onion in the Varnish. Do they counsel actions that are opposite, or the same?

I recently came across a Less Wrong article by Joel Burget [1], comparing one of my favorite parables (Chesterton’s Fence) with another by Italian chemist and writer Primo Levi (Onion in the Varnish). They are both compelling stories, as parables must be.

But they appear to counsel opposite actions?! Let’s look into that. Outta the way; we got books to read, here! 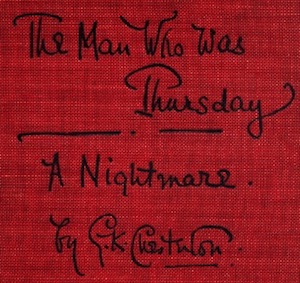 Frequent readers of this Crummy Little Blog That Nobody Reads (CLBTNR), all 6 of you, will recall that here at Chez Weekend we’re fans of GK Chesterton.

We especially admire some of his weirder novels like The Man Who Was Thursday. (I mean, really: cops confronting terrorists in a park, whereupon there ensues a single-combat duel by competing exegeses of the nature of the relation between poetry and order?! Then it gets weird, starting from there. Though, I have to admit, the denouement is a bit of rather lame apologetics. Still, the bulk of the book is a good ride.) 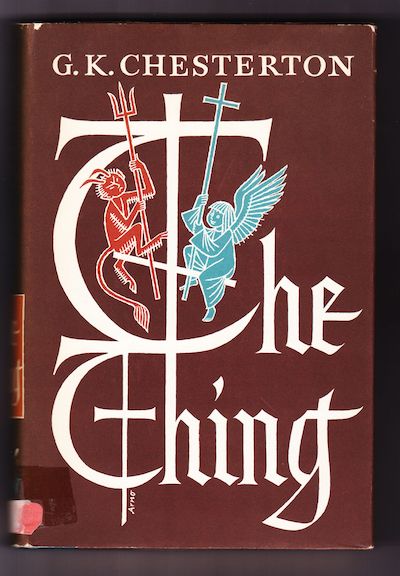 In the matter of reforming things, as distinct from deforming them, there is one plain and simple principle; a principle which will probably be called a paradox. There exists in such a case a certain institution or law; let us say, for the sake of simplicity, a fence or gate erected across a road. The more modern type of reformer goes gaily up to it and says, ‘I don’t see the use of this; let us clear it away.’ To which the more intelligent type of reformer will do well to answer: ‘If you don’t see the use of it, I certainly won’t let you clear it away. Go away and think. Then, when you can come back and tell me that you do see the use of it, I may allow you to destroy it.’

(NB: The Thing was later subtitled, ‘Why I am a Catholic’, just so you know where he’s going here.)

The moral seems clear, in line with the conservative bent of Chesterton that most makes me squirm. He counsels respect for culture, history, and institutions (ok by me, so far as it goes). We should be cautious and careful in the changes we make, lest the Law of Unintended Consequences bite us in our collective rear because we didn’t understand what we were doing.

For Chesterton, it seems to be fine if you don’t like the fence. But you should first dig a bit to figure out if there’s some good reason for it with which you are not as yet familiar. Upon encountering a mysterious & inconvenient fence, we should first remove they mystery before removing the inconvenience.

This seems to be the classic conservative (not the rabid/stupid modern US version) outlook of taking care in making changes, because society is fragile and barbarism is just a few steps away.

So, like Catullus, I have a bit of an odi et amo relationship with this. I applaud the effort to understand our antecedents and the context they have bequeathed us; I abhor the implicit authoritarianism in “I may allow you” to make a needed change.

Just to give you an idea of Chesterton’s ability to captivate with a well-turned sentence, he summarizes the issue of ‘reformers’ not appreciating their forebears:

There are reformers who get over this difficulty by assuming that all their fathers were fools; but if that be so, we can only say that folly appears to be a hereditary disease.

I mean, you don’t have to agree with it to admire the beauty of it, since it has just the perfect amount of highly refined snark.

Levi’s Onion in the Varnish 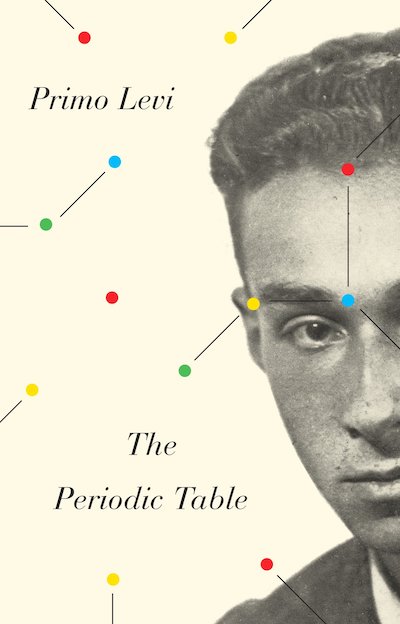 The counterpoint comes from Italian chemist and author, Primo Levi. In The Periodic Table [3], he offers a story from his time working for a manufacturer of varnish (in the chapter titled “Chromium”, since he was working on rust-proofing varnishes & paints containing chromium):

This, of course, makes no sense. The onion is not contributing anything measurable in a huge vat of boiling linseed oil. Yet they were adamant: no onion, no varnish!

He asked elderly chemist colleagues who had worked on varnishes in their youth. He finally came upon Giacomasso Olindo at age 70, who had been involved with varnishes for 50 years. He said that the varnish recipes were of course ancient (as in thousands of years ancient!), and thus predated the widespread use of thermometers. So the workers would throw in a couple onion slices to see if they would fry; if so, the linseed oil had reached the proper temperature and one could proceed.

Of course, in a 20th century factory with thermometers, the onion had degenerated to more of a superstitious idée fixe than anything useful. People had an extreme over-adherence to tradition that kept them putting in the onion, because they did not know what the onion did.

It’s a perfect example of the failure of the over-conservative mind: adhering to tradition as goal in itself, not because it was useful. Of course you should stop throwing onions in varnish!

It gets better: Levi next tells the tale of “livered varnishes”, which due to some impurity or other had the wrong color and texture. He looked at the assays of chromium oxide, and found that all the quality checks quoted 29.5%… exactly. Clearly somebody had either forged the assay reports, or used a defective method, or had an impure reagent to get “those so obviously suspicious but formally blameless results”.

It also turned out the recipe card had said “2 or 3 drops” of chromate, but was so stained and worn that they were putting in “23 drops” of chromate in a batch. This was undetected because the chromate assay afterward was just wrong, always giving 29.5% as desired.

Levi figured out that adding ammonium chloride would fix the bad batches, and demonstrated this experimentally.

Problem solved? Not really: his temporary fix became a permanent ingredient long after the time it was needed, another “onion in the varnish” (emphasis added):

Since the storeroom contained several shipments of perilously basic chromate, which must also be utilized because they had been accepted by the inspection and could not be returned to the supplier, the chloride was officially introduced as an antilivering preventive in the formula of that varnish.

Then I quit my job: ten years went by, the postwar years were over, the deleterious, too basic chromates disappeared from the market, and my report went the way of all flesh: but formulas are as holy as prayers, decree-laws, and dead languages, and not an iota in them can be changed. And so my ammonium chloride, the twin of a happy love and a liberating book, by now completely useless and probably a bit harmful, is religiously ground into the chromate anti-rust paint on the shore of that lake, and nobody knows why anymore.

So that’s two separate illustrations of an over-conservative mind-set: the onion and the ammonium chloride, both being used despite having outlived their usefulness. People just will not go to the mental effort of understanding things, but will instead defer to the authority of a “time-tested” recipe.

That’s superstition, and we’re better off without it.

So are they opposites, or not?

At first glance, these stories appear to be in conflict:

It’s frustrating: both are told with such endearing anecdotes, we want to embrace both. But we can’t, if they’re contradictory!

Burget wisely points out that the contradiction is superficial: both counsel getting a deep understanding of the situation before making changes. Levi, unlike Chesterton, told us about the long, hard work involved in doing that in 2 examples. And, alas again unlike Chesterton, that the moment you loosen your grip, less rational tradition will re-impose your changes as an unquestionable recipe.

The onion in the varnish is an example of properly handling (and, at least in this case, dismantling) a Chesterton fence. The ammonium chloride story, on the other hand, is testament to people’s insistence on re-building inexplicable Chesterton fences, probably built out of varnished onions.

So there are unintended consequences, and we should arm ourselves with deep situational understanding to avoid them. But there is also an apparently irresistible gravitational pull in most people toward tradition. Even the most pragmatic reform will be reduced to unquestionable tradition eventually.

What things in my life are traditions that should be questioned, so they may be understood deeply or improved where possible?

2: GK Chesterton, The Thing, London: Sheed & Ward, 1929-Jan-01. The relevant portion here is the opening paragraphs of Chapter 4, “The Drift from Domesticity”. ↩

3: P Levi, The Periodic Table (Il sistema periodico), 1975. In 2006, the Royal Institution of Great Britain named this the best science book ever. It appears the full text is available here. The onion in the varnish story starts on p. 151, while the chromate story is around p. 157. ↩

Thank you for this!

Thought about it a couple nights ago, making stir-fry for dinner. I mean, there the onions were, and… fortunately, it was olive oil and sesame oil, not linseed oil. :-)

Good to hear from you.