Will the Omicron variant outcompete Delta? Starting to look like it. Will that be a bad thing? Dunno, could go either way depending on reinfection rate and severity.

Via Your Local Epidemiologist come pointers to people looking at the primary data in the African outbreak of Omicron.

First comes Ridhwaan Suliman, a senior researcher and applied mathematician at Cambridge University. He shows the 7-day rolling average of COVID-19 cases in Gauteng, vs time in days since outbreak. You can see the enormous Delta wave in blue; but in black is the Omicron wave rising faster than Delta did: 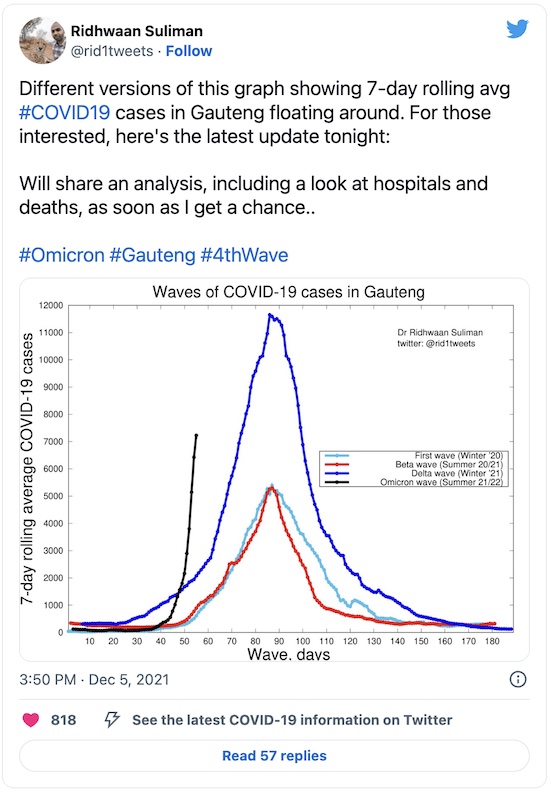 Next, consider Tom Wenseleers, a professor of biology and biostatistics at KU Leuven. Just picking out the high points of a thread:

He also shows some interesting graphs, showing how the variant waves take over from each other, driving their predecessors to near extinction: 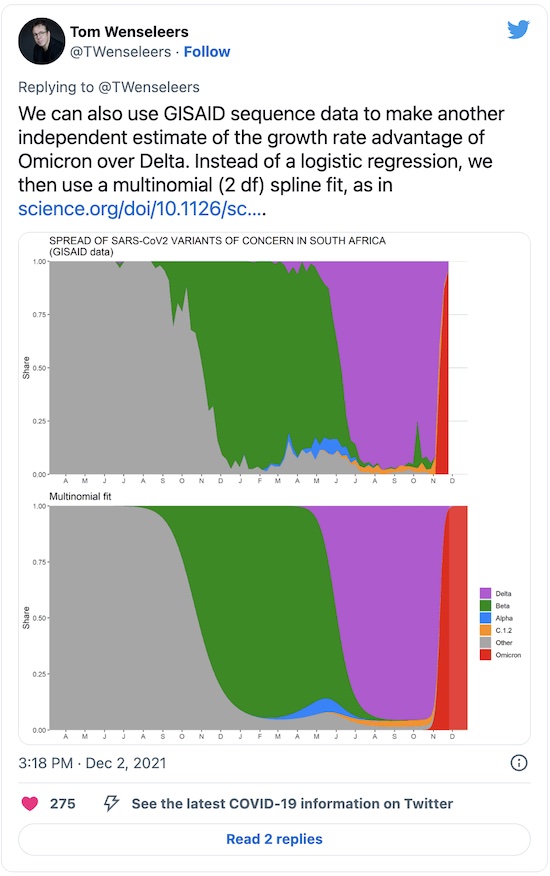 Delta is the purple wave. You can see on the right it is being totally eclipsed by the red wave of Omicron. And the Omicron wave is rising faster than Delta did. 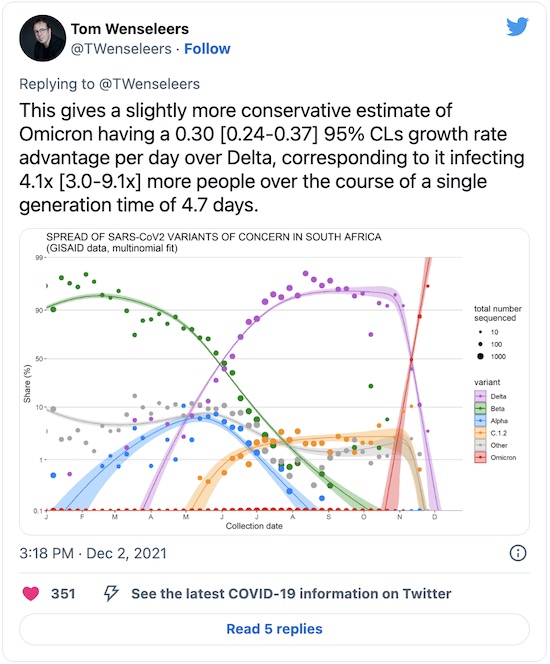 I don’t know exactly how to interpret his “infecting NNN more people over the course of a single generation time of 4.7 days”; it’s clearly not $R_0$. But still, you can see Omicron is taking over in South Africa. So I’d put the probability of an Omicron takeover at north of 90% now.

Now, there have been anecdotal reports that Omicron cases have been milder illnesses. If that turns out to be true, and we do not know that yet, then this could be good: Omicron outcompetes Delta but is itself more survivable. Since the evidence here is so scanty, I won’t try to put a probability on it.

The other fact to gather from here, is that being freshly boosted is your best bet at immunity. Delta & Omicron specific boosters will probably happen next spring. Here, my probability estimate is maybe 80% or so?