And what about the Moderna/Lonza COVID vaccine Phase 3 delay?

Somebody asked me — same troublemakers, in case you’re curious — about whether the Moderna/Lonza Phase 1/2 vaccine trial looked reasonable and if the delay of Phase 3 start for a protocol amendment was reasonable. Sure seems so! No, it’s not an investment signal. 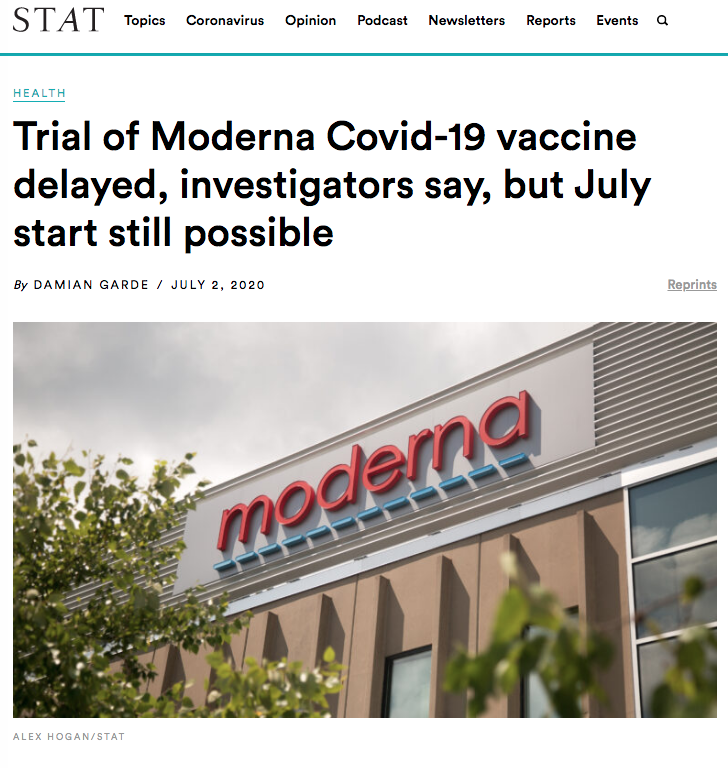 Since you guys seem to be interested in COVID-19 vaccine news, here’s an article from today about the Moderna vaccine. (Versions of it appear elsewhere, e.g., the venerable Boston Globe. But Stat News is actually pretty decent, at least as a starting point to figure out the facts without all the silly editorializing.)

Actually their Phase 1/2 readout was a month or so back. This article is talking about how, even given the favorable Phase 1/2 readout, there’s a delay in starting Phase 3. To emphasize: this is an utterly normal sort of delay, for a protocol amendment: nailing down all the rules to be followed in the trial. Normal, responsible thing to see happen.

Things to think about

It puzzles me why people even want this sort of financial advice, given that if it’s known in the media it’s already priced into the markets. But then, I’m a world index fund investor so they’re not trying to convince me, probably.