My cat is a fin-de-siècle French night club cat?!

Apparently the Weekend Publisher, occasionally also known as “my cat”, is the reincarnation of the spirit animal of a fin-de-siècle cabaret in Paris. 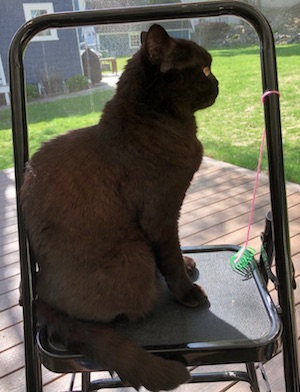 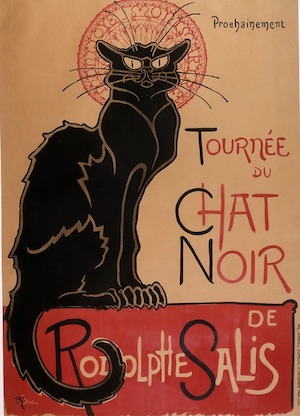 I mean, I always knew he was the reincarnation of of some ancient Egypitian cat-deity like Bastet. And of course, Bastet, being a deity no doubt capable of frequently recurring, at-will acts of reincarnation, would definitely be catting around fin-de-siècle Paris, because everybody wants to do that. My cat’s not stupid… Crazy, sure. But not stupid.

Though, now that I come to think of it, Bastet was a a cat goddess. That means my tomcat is the trans male reincarnation of an ancient Egyptian cat deity. Ok, nothing wrong with that, right? We need to accept trans people, and my cat thinks he’s a person, so we’re all cool with him.

And, really: once you buy into the business of “reincarnated ancient Egyptian cat deity”, you can’t just decide to balk at the trans part, right? Be cool.

C’mon, don’t embarass me here. The cat is watching.

The cat is always watching.

1: Wait, what? Did you really expect cat-blogging footnotes? You did?! Well, then… you’ve come to the right place. [2] ↩

Brilliant - thank you for this!

The Weekend Publisher has directed me to inform you that he has purred in your general direction.