Videos by “vlogbrothers” Hank & John Green on the despair of the times led me to a WH Auden poem and an essay by Stephen Jay Gould on the ease of destruction vs the triviality of destruction. Also, a quick stop to visit Virgil (not via Inferno). Few can build; anybody can burn.

Point: The Agony of Today

Way back in the before-times of 2019, John Green published a video letter to his brother about feeling uncertain and afraid. Note that this was before the pandemic, but even in that time we could see the inequality, systemic racism, and persistent descent into fascism. It was chilling then, and even more so now. 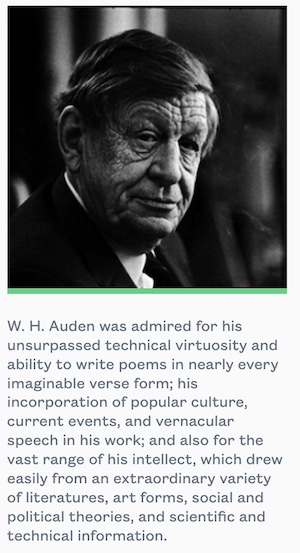 John’s title, “Uncertain and Afraid”, is taken from a line in the WH Auden poem “September 1, 1939” [1] about the sense of foreboding at the enduring Depression, the prospect of fascism, and the terrifying war hurtling predictably toward us:

I sit in one of the dives
On Fifty-second Street
Uncertain and afraid
As the clever hopes expire
Of a low dishonest decade:

While we both agree this poem used to read like a relic of history preserved in amber, we both now recognize it 80+ years later as chillingly familiar and frighteningly applicable.

We’ll get to John’s (and, for that matter, Hank’s) resolution below. But for the moment, let’s just sit with the uncomfortable feelings.

They both reminded me of an old essay by Stephen Jay Gould, “The Great Asymmetry”. [2] He was writing about the Terror that followed the French Revolution, the invention of the guillotine, and the terrifying ease with which people were executed en masse.

Among those executed was one of the pre-eminent French scientists of the day, Antoine-Laurent Lavoisier, on 1794-May-08. Had he been able to hang on for a mere 3 months longer, Robespierre would have fallen, the Terror ended, and he might have lived. Lavoisier was a big deal to world science of the time. It took generations for a genius like Lavoisier to be born, and a lifetime for him to be superbly educated and to make his many contributions. But it took only minutes for a madman to order him executed, and seconds for a guillotine to carry out that sentence. As his friend, the deity of French mathematics Joseph-Louis Lagrange put it:

It took them only an instant to cut off that head, but France may not produce another like it in a century.

This is the “Great Asymmetry” of Gould’s title: it is easier to destroy than to create. It is also the nightmare that haunts me daily: the descent into fascism is much easier than the climb back out. As Virgil put it in the Aeneid (Book 6, v 126):

The descent to hell is easy;
Night and day the door of black Dis is open.
But to retrace steps and escape into the air,
That is the task, this is the hard work.

Genius builds over generations that which any fool can burn. [3]

Counterpoint: We Are Not Entirely Powerless

But what is to be done?

For a momentary counterpoint, let’s consult John’s brother, Hank Green. He wrote just yesterday, here in 2022, the third year of the Great Pandemic. While perhaps not a direct response to his John’s video 3 years ago, it is nonetheless à propos.

He talks about a litter-strewn street near his home. People buy snacks at a convenience store and, predictably, litter. This could have been a screed about a lack of social responsibility, lack of respect for common spaces, or just general selfish stupidity. And all that’s there, to a degree; Hank feels appropriate anger.

But then he comes to a realization: this isn’t an absolute problem of trash levels, it’s a rate problem. It only takes one person dropping 1 piece of trash a day to have 30 pieces of trash after a month. That’s still just 1 person littering, though. The paradox:

Almost no one litters. But the street is covered with trash.

The lack, of course, is other people picking up the trash. If a couple people each pick up 2 pieces of trash a day, then their will dominates the situation and the street is clean after 10 days (1 trash/day in - 4 trash/day out = -3 trash/day, so a month’s worth of trash is gone in 10 days).

So basically the person littering is only half the problem. The other half is the rest of us, who could clean up… but don’t. And it doesn’t take a lot of us: just a few people picking up can overwhelm the few people who litter.

Real problems are, of course, more complex than picking up trash. But we need to police our common space, cleaning up messes (including our own messes) faster than new messes can be generated. Sometimes even doing a little thing helps. You don’t have to do it all, as the Talmud reminds us in Pirkei Avot 2:16:

It is not your duty to finish the work, but neither are you at liberty to neglect it…

I couldn’t help but associate this with another Auden poem, “In memory of Sigmund Freud”. [4] While I’m not a fan of Freud, I admire Auden’s love for the image of Freud attempting to do good and ease pain, in a pain-filled world (emphasis added):

When there are so many we shall have to mourn,
when grief has been made so public, and exposed
to the critique of a whole epoch
the frailty of our conscience and anguish,

of whom shall we speak? For every day they die
among us, those who were doing us some good,
who knew it was never enough but
hoped to improve a little by living.

Today we have so many dead to mourn that we should speak frequently of those who attempted to do good. Freud didn’t fix the world, but tried to make it a little better for each patient. He tried to help them get free of their past, and be able to engage their future (emphasis added):

He wasn’t clever at all: he merely told
the unhappy Present to recite the Past
like a poetry lesson till sooner
or later it faltered at the line where

long ago the accusations had begun,
and suddenly knew by whom it had been judged,
how rich life had been and how silly,
and was life-forgiven and more humble,

able to approach the Future as a friend
without a wardrobe of excuses, without
a set mask of rectitude or an
embarrassing over-familiar gesture.

John then returns to the rest of Auden’s “September 1, 1939” to dig for hope, however deeply it may be buried. Auden says something similar – he can’t fix the world, but he can “undo the folded lie” and affirm the truths of the Just (emphases added):

All I have is a voice
To undo the folded lie,
The romantic lie in the brain
Of the sensual man-in-the-street
And the lie of Authority
Whose buildings grope the sky:
There is no such thing as the State
And no one exists alone;
Hunger allows no choice
To the citizen or the police;
We must love one another or die.

Defenceless under the night
Our world in stupor lies;
Yet, dotted everywhere,
Ironic points of light
Flash out wherever the Just
Exchange their messages:
May I, composed like them
Of Eros and of dust,
Beleaguered by the same
Negation and despair,
Show an affirming flame.

I’m not entirely sure how I can “show an affirming flame” as a point of light among the communications of the Just. At least, not strongly enough to overcome the right-wing fanatics who want to watch the world burn.

But, like Hank picking up trash, I look for opportunities.

“Do your little bit of good where you are; it’s those little bits of good put together that overwhelm the world.” — Bishop Desmond Tutu

Thank you for this! For putting these thoughts and hopes (and fears) together and sharing them with us. I definitely see an affirming flame there…

Great to have you back, Pablo! Been following your adventures with great interest.