Today this blog got its first spam

Honestly, what sort of idiot tries to sell fake Viagra on an obscure, crummy little blog like this? And on an old post at that?! (Please don’t answer those rhetorical questions, especially if you actually know the answers.) 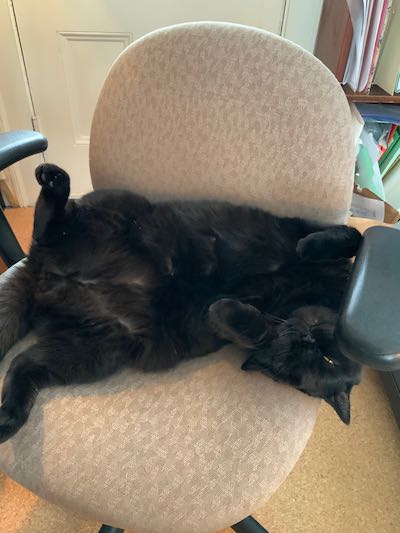 Today this blog received its very first spam comment: a link to someplace alleged to sell “non-prescription Viagra”. I.e., with “illegal” in big flashing red neon letters. On a blog run by a former drug research nerd. I declined to explore the link and deleted it in moderation, thereby employing for my first time what Scalzi terms “the mallet of loving correction”.

I tried to alert the Weekend Publisher, but – as you can see – he was unimpressed. Busy nap schedule, you know. “Management science” is a heavy bear to burden.

I was, however, slightly touched on two accounts:

So now we’ve probably got about 6 readers (only 3 of whom are me, my spouse, and my cat).