Apparently there has been some unusual fan conduct at the World Cup?

WHO did WHAT, now?

Here at Chez Weekend, we’re not very sportsball-oriented. But even we hear there’s something or other sportsball-related called the “World Cup” happening in some rather unappealing middle eastern country. And that there has been unusual fan behavior.

With a sigh, we looked into it. The sigh was because the usual “futbol hooligans” disappoint us and lower our view of humanity. Full of trepidation when we heard it involved Japanese fans, of whom we had high expectations, we saw this from the venerable Beeb: 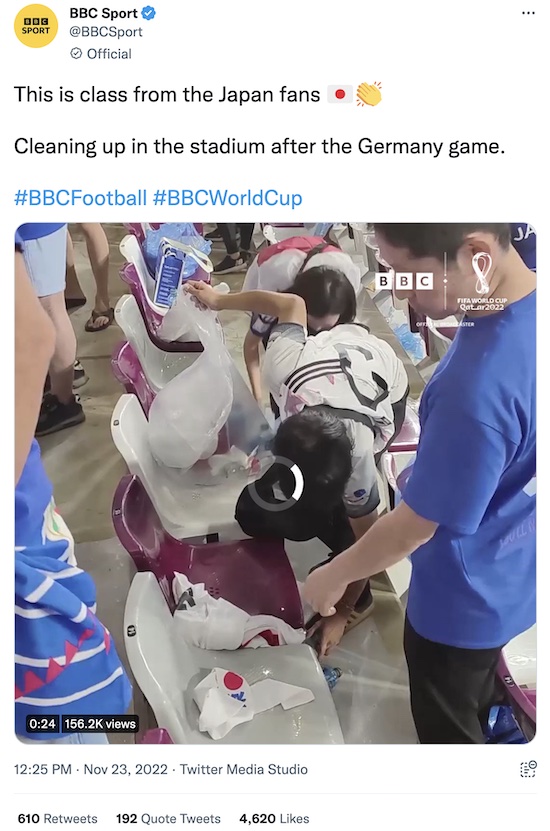 (You may have to fuss with your VPN to see the video, since apparently the BBC has qualms about international viewership, for some reason.)

So it’s come down to this: when people act decently and clean up their mess as a courtesy to others, that’s news nowadays. I dunno whether to cry from sadness that it’s news, or happiness that it happened.

Good advice for all of us.